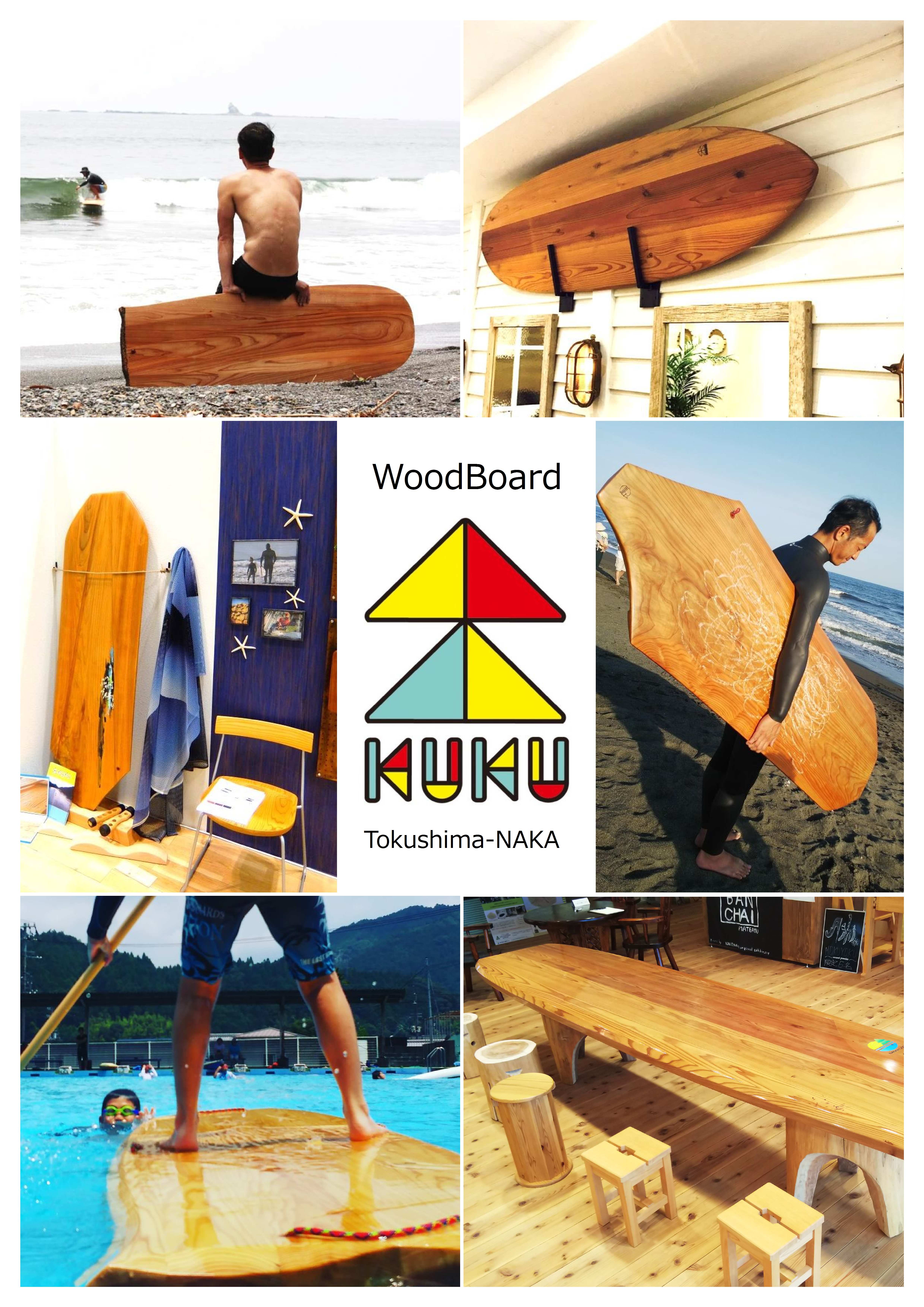 Sugi, in comparison to other lumber, are soft, gentle to the touch, feature beautiful grain patterns, and are light. While the hand-carved wooden boards do seem heavier than other commonly used material today, the additional weight increases the boards’ stability, and the updated forms in design allow for the rider to adapt to and maneuver on water with ease. These one-and-only boards crafted according to the characteristics of each material are enjoyed on seas, lakes and rivers, as well as indoors—adaptable as interior pieces such as tables and decorative artwork.

KUKU’s WoodBoards contribute to the health and preservation of forests, rivers and oceans while bridging the city and country as a stunning lineup of local products.